Phaserlight Member EpicPosts: 3,009
December 2015 in Vendetta Online
As announced in the holiday newsletter: 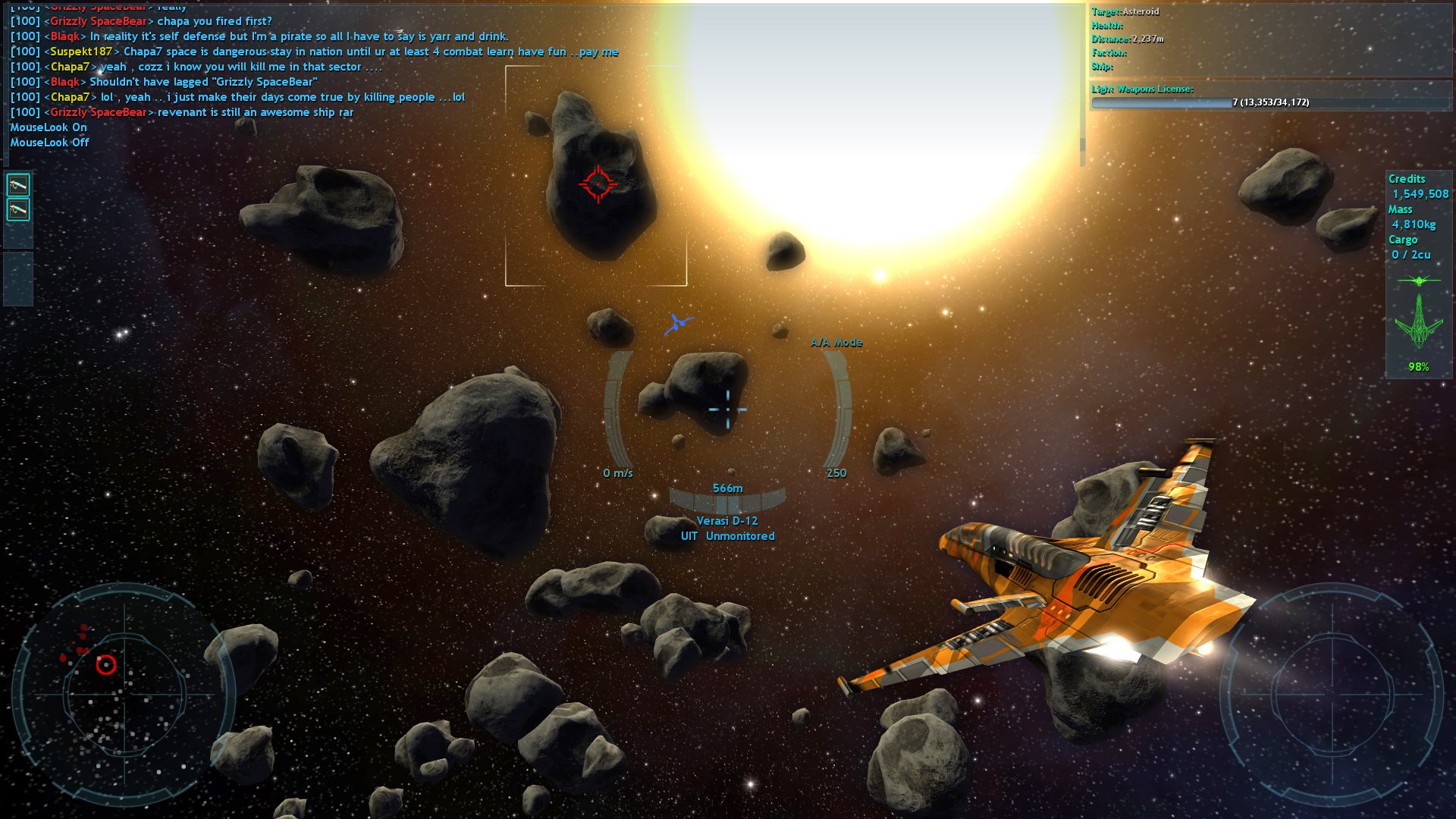 Vendetta Online is now totally free for previous subscribers (anyone that has held a subscription that ended prior to 60 days ago) from now until January 1.  Now is a great time to stop by and say hi, and check out what's happening in the game.

-A 6DoF (Six degrees of freedom) Newtonian, twitch-based space sim MMORPG where you play as a spaceship captain in a persistent, online sandbox galaxy
-A long running game (public open alpha took place in early 2002) continuously developed by four guys from Milwaukee
-One of the first MMORPGs to support the Oculus Rift
-A cross-platform experience allowing you to play the same character on many different devices
-A game where player skill matters more than experience points; there is no 'imaginary dice rolling' in the background
-A game that allows you to organize into complex player hierarchies with varying goals
-A game that allows you to capture stations and manufacture player-owned capital ships, manned by multiple players
-A game that rewards spatial awareness and communication over time spent 'grinding'

-I am not a dev, or employee of Guild Software
-I am a guide, elected by the devs to volunteer helping out with community events and such
-I am a PCC (Player Contribution Corps) member, and have contributed heavily to the game's PvE missions over the years
-I am a long-time player, having stuck with this game longer than any other electronic entertainment title (12 years)

Coming up (but not yet released, or only partially released):