What is your dream game? 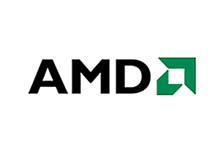 What is your dream game?  What is it like?  What can you do?  What are the options?  What type of game would it be?

My Dream Game would be amazing!

It would be a MMORPG much like Everquest 2, but on a much larger scale.  There would be huge cities, with markets, arenas, residential areas, commercial areas, parks, and much more.

Each Zone would be massive in size.  Some would be beautiful, others would be as baren as a desert.   You would be able to spend hours exploring and not get bored.  I would find an amazing area, with a beach infront, and a vast jungle behind, away from all civilization.  Right in the middle, would be my cottage

and a garden.  Oh, and a small lake /w a waterfall!  (wouldnt that be sweet?)

Deep in each zone, you can find a dungeon.  A scarey dungeon (much like doom 3) With creatures that pop out of the shadows, and sneak up from behind.

That is my dream game...  Whats yours?