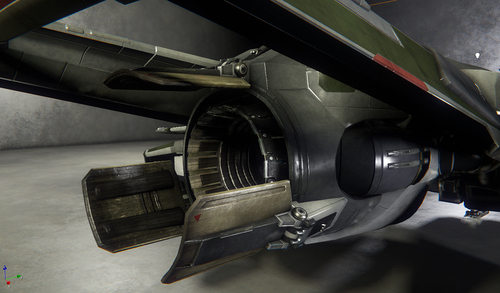 In honor of this year’s Veterans Day holiday in the United States, Cloud Imperium Games has partnered with Black Widow Company’s Play to Give Back organization to support veterans’ charities. From now until midnight (PST) on November 11th you will have the opportunity to upgrade your current Hornet into the style of an F7A Military Hornet while also supporting a worthy cause.

The F7A Military Hornet upgrade pack costs $20 and 50% of the proceeds will be donated to the Play To Give Back charity. The donations will be used to support both Operation Supply Drop and the Honor Flight Network. Operation Supply Drop sends video game care packages to soldiers in high combat areas as well as soldiers recovering in medical facilities. The Honor Flight Network transports veterans of past wars to Washington D.C. to visit and reflect at the memorials that were created for them. 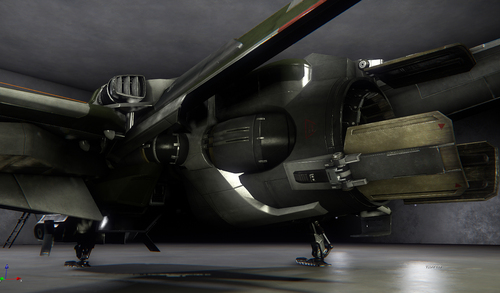 We initially built the F7A Hornet for Squadron 42, and for use by the UEE Navy in Star Citizen, and until now had no plans on releasing it to the public as a ship option. Because we feel so strongly about what the Play to Give Back charity does, we decided to make the upgrade available initially on a limited basis. The upgrade packs will ultimately change the fuselage of your F7M Hornet to match the F7A. If you have a Hornet variant (like the Tracker, Ghost or Super Hornet) the upgrade can be applied to change the styling without eliminating your additional upgrade modules. This is more than a skin; in the game world, it’s an after-market fuselage update kit; we’ll be updating the whole geometry of the ship. (Please note that the upgrades will not appear in your Hangar module immediately, as we are continuing to update the look of the military Hornet.)

We hope you will join us in honoring veterans by supporting these important charities. Thank you to the Black Widow Company for connecting us with this great charity endeavor. Please note that the Star Citizen community and the development team are international groups (as is Black Widow Company.) Our support of these charities is not intended to celebrate any particular politics, but rather to help individuals in need. If you are not interested in supporting these charities but would still like to upgrade your Hornet, please purchase the pack using store credit to opt-out of donating.