What Was Your First RPG (PC or Console)?

I was reminiscing a bit today and thought back to the first RPG I ever played. It was Crystalis on the NES. What was yours? I did do some Zelda, but Crsytalis was the game my ex-wife and I played for hours on end.

When I finally got my first PC (commodore 64) Phantasie and Bards Tale were my major time consumers. 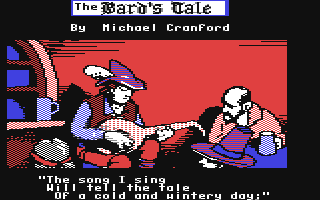 Personally the only modern MMORPG trend that annoys me is the idea that MMOs need to be designed in a way to attract people who don't actually like MMOs. Which to me makes about as much sense as someone trying to figure out a way to get vegetarians to eat at their steakhouse.
- FARGIN_WAR