In the spirit of this year's Olympics, I thought I'd start a thread on which participant you think is the best looking.  I was inspired when I saw the pictures of two different women and couldn't decide which was the better looking one.  You decide.  Of course, one of them is not actually at the Olympics after she was kicked off the team for a controversial tweet.  And feel free to post your own picture if you think one's hotter.

And if you're a lady, feel free to post a male athlete's picture. 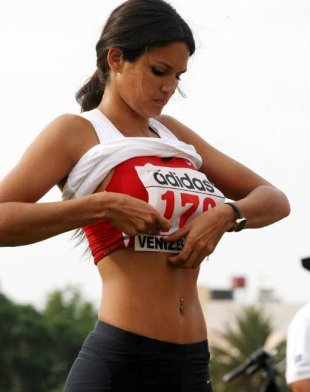 picture two - Greek triple jumper, Voula Papachristou (she is the one booted from the Greek team for sending a tweet some found offensive.  But I love this picture anyhow).