Hells Diaries: Can You Top This?

Hell’s Diaries is a new feature blog on the world of Hellgate and the everyday random encounters our team faces in and out of the game. Outstanding player achievements and other things that may be of interest to most will be posted here on a regular basis (or at least when the Hellgate team isn’t feeling the blues)

So you might wonder if someone can even top the ridiculous 9 second massacre of Moloch in the previous post. 9 seconds is admittedly no easy task. You’ll not only need some crazy skills but also some lust-worthy equipment to take down a boss of that caliber. In a game like Hellgate where customization is king, there are so many great character builds that it’s not surprising if someone tops another’s achievement which is exactly what we have here. 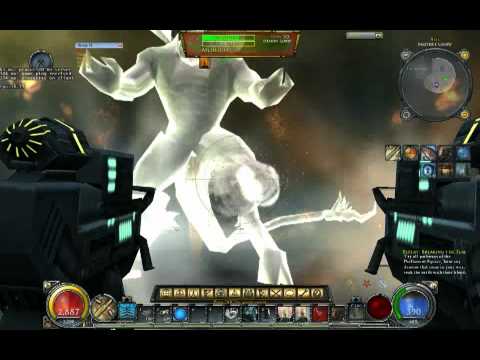 This time, a Marksman uses his artillery-like firepower to just bombard Moloch with painful shots and manages to bring down the giant demon in under 9 seconds. While we don’t have an exact time, comparing this video with the last one, I think it’s clear that this one bests the other. However, both players deserve to be applauded for such a jaw-dropping feat as not everyone here can lay claim to finishing a boss that quick.

Even more amazing? This one was done on Hell mode.

If you want to know more about the equipment used for this run, just head on to the player’s YouTube page where he listed his gears down.