Hells Diaries: The Most Amazing Thing

Hell’s Diaries is a new feature blog on the world of Hellgate and the everyday random encounters our team faces in and out of the game. Outstanding player achievements and other things that may be of interest to most will be posted here on a regular basis (or at least when the Hellgate team isn’t feeling the blues)

With all of the attention going to our anniversary events recently, it’s time to take a break from all the blockbuster announcements and once again give credit to where credit is due. I’ve posted a lot of ridiculously great videos here of skilled players taking down some of the baddest, most horrifying demons in the game on their own and while each of them certainly have their own merits, I don’t think they can compare to this one. 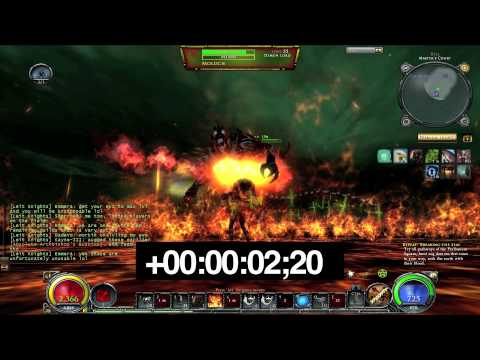 Yes, everyone. That’s a single player taking down the mighty Moloch in just 9 seconds. Based from the video uploads, there doesn’t seem to be any cheating program used to beat the big evil so we can take it as the real thing. Apparently, he makes mention of the Evoker class being the strongest one of all and with this video of his, he makes for a pretty compelling case.

So are Evokers really the top dogs in Hellgate? Why or why not?