To hear some people tell it, 3D gaming is the wave of the future. In just a few years, you’ll be bobbing and weaving in your living room as you play in an environment that’s more realistic than anything you’ve ever experienced.

Sure, 3D can be a cool feature in games, but is it something that will take over the industry? We don’t think so. And we’ve got five good reasons why the pundits are wrong. 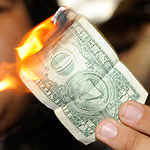 While the Xbox 360 and PlayStation 3 are best experienced on a high definition TV, it’s not a mandatory piece of equipment. Both consoles, in fact, work just fine on older sets.

For 3D gaming, that’s not an option. Want to see Kratos’ Blades of Chaos fly off the screen and almost hit you in the face? You’re going to have to pony up for a 3D TV – and those aren’t cheap. Prices vary by manufacturer, but consider $3,000 a fair starting price for the sets.

“In order to participate in console 3D gaming, you need to trade-in your TV,” said Electronic Arts CEO John Riccitiello during a conversation at E3. “Who’s going to do that?”

Good question, John. Also, if you’re planning to game with a friend, you’ll need a couple hundred more for a spare set of 3D glasses. Speaking of those… 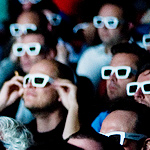 Gaming’s not the hippest of hobbies, but even the least fashion-conscious player knows that clunky, heavy 3D glasses are couture “don'ts” -- and fashion statements are just the start of the problems with those persnickety specs.

Core gamers often play for multi-hour stretches. 3D isn’t meant to be consumed that way -- at least in its current form. A marathon session of Halo 3 or Modern Warfare 2 wearing the 3D glasses that come with today’s sets is the recipe for a migraine and, for some, nausea. Sony has even gone so far as to update their PS3 Terms of Service with a 3D warning.

Worse still, most of the glasses are battery powered – and the battery life isn’t great. Imagine the frustration of being in a close game, only to have the screen image go askew as you close in on the kill. It would redefine rage quitting. 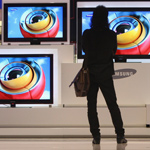 Because most stereoscopic 3D TVs work with a shutter lens system, the set is basically showing one frame to your right eye, then a different one to your left, which creates the 3D effect. It’s an easy thing to do from a development perspective, but it cuts the game’s framerate in half.

For some titles, that won’t matter much, but as you get into triple-A games and fast-paced shooters, it’s going to be noticeable. The chips powering this generation’s systems weren’t built with 3D in mind – and they’re not going away anytime soon. 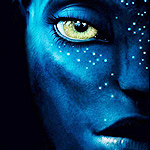 If there was a title that truly incorporated 3D into its gameplay -- that made it an essential, integrated component of the experience -- we might have a little more faith in 3D gaming. The fact is, though, that nothing currently released -- and nothing that’s on the horizon -- fits those criteria. Sure, there are a few games that look cool in 3D (Crysis 2 and Killzone 3 spring to mind), but they’re going to be nearly as good in 2D.

Simply put, there’s no “Avatar”-like 3D game being pushed right now, no single title that will unify the industry around the technology. And until there is, game developers are going to follow the model that film studios did before James Cameron’s blockbuster hit theaters: Offer 3D selectively to hedge bets and hope that the audience comes around eventually. 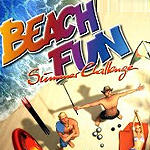 New technology inevitably means a flood of games from companies trying to capitalize on it. The majority of those aren’t worth the DVDs they’re stamped on.

We saw it with the Wii. (Heck, we still see it!) Some publishers are so desperate to jump on the bandwagon that they’ll rush out just about anything that takes advantage of the unique qualities of the technology. We’ll see plenty of examples of this same trend with PlayStation Move and Microsoft’s Kinect in the next year. Do we really need a flood of bad 3D games on top of that?