man i hate to see this game going vaporware but... 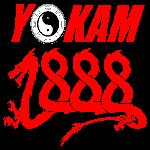 this game got topnotch gameplay... think of it as runescape but with 3D cell-shaded graphics BUT if you are looking for a really free-to-play game then this game is not for you. you WILL NOT, i repeat, WILL NOT advance in this game if you don't spend on their item mall. talk about irony, a free game where you have to pay.

another irony is, nexon (the company that released mabinogi) is also responsible for maplestory (one of the most successful F2P mmo's) yes maplestory also have the item mall BUT the stuff sold are primarily only for aesthetic purposes, you can advance in maplestory even without spending a single cent, and look at how successful it is, reaping in the $$$ for nexon.

now as ive said, mabinogi gameplay is tops, but at its current  "spend or you're doomed" state, soon only a couple of the hardcore players will be left playing this game, and what fun is there when you can only see a few guys running in the server. gameplay is a major factor, but a game also needs community to survive.

just my thoughts, i love this game and i hate it going vaporware just because the community died.